To immerse yourself in Ousmane Sembene’s 1966 film, 'Black Girl' (La Noire de…) is to time-travel to ground zero of African Cinema. Sembene’s extremely lean but layered first feature film was the first by sub-Saharan African, earning him the mantle of the "father of African film". Yes, there were films produced in Africa during the… END_OF_DOCUMENT_TOKEN_TO_BE_REPLACED

When did Africans start to lose faith in Africa? How long did it take the buoyant flames of colonialism to be quenched by the decadence of the elite and an underestimation of neocolonialism? Probably in the mid-'60s, and judging by the golden age of Senegalese cinema, this sentiment became truly entrenched in the ‘70s; with… END_OF_DOCUMENT_TOKEN_TO_BE_REPLACED

One of the earliest sequences in 1977's Ceddo involves a barter of men for goods. A man in this 18th-century Senegalese village with a rifle strapped on his shoulder, leads two men, presumably ceddo (outsiders) like a pair of antelopes, to a white trader who happens to barter in you regular stuff like yams, chickens, maize… END_OF_DOCUMENT_TOKEN_TO_BE_REPLACED 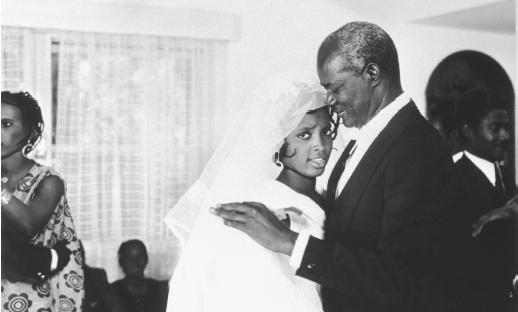 My walk with Senegalese director, Ousmane Sembène continues with his 1975 film Xala, an adaptation of Sembène's 1973 novel of the same name. It’s the most modern of his films I have seen as yet, set some 15 years after Senegal’s independence. After a film like Emitai, where the French occupiers were the subject of Sembene’s… END_OF_DOCUMENT_TOKEN_TO_BE_REPLACED