It’s fitting that the first Quentin Tarantino film I saw on the big screen, the first of his films I have seen with a crowd, was one about Tinseltown. The novelties in Tarantino’s ninth film extend to the makeup of the film, which, for the most part, swaps the swagger and gratifying pulp his fans savour with much more depth and introspection than expected.

‘Jackie Brown’, in all its restrained blaxploitation crime splendor, is singled out as Tarantino’s most mature film and for good reason. I would call ‘Once Upon a Time in Hollywood’ his most spiritual; a film that dithers between the ethereal and fantasy. ‘Hollywood’ is perfectly encapsulated as a Mecca for cinema, almost to an alienating effect with all its totems and iconography that remain a world and generation away.

Though mature, there is a temptation to think ‘Hollywood’ is also disciplined. It’s not. And it confirmed my guilty suspicion that Tarantino is a somewhat overrated screenwriter. A-class sizzling dialogue, he can deliver. Masterfully conceived vignettes and sequences are well within his wheelhouse. But threading them together with some rigor has been a shortcoming. It’s why ahead of the coda a lot of people have fretted about, we get this insanely drab voiceover that fills a time gap.

The first hour or so of ‘Hollywood’ was clunky and, even more worryingly, begun to give me ‘Hail Caesar’ vibes in that, it looked like there was never going to be a foothold to some investment in this lament about old Hollywood. The chance I would not connect with a Tarantino film was borderline terrifying. But on reflection, the alienating effect felt oddly apt for a film with humbling empathy for people on the fringes of the bright lights.

The story itself takes place mostly in February of 1969. Tarantino bagged himself an A-list tag team for the ages with his two lead characters, actor Rick Dalton (Leonardo DiCaprio) and his longtime stuntman/chauffeur/best bud Cliff Booth (Brad Pitt). Rick used to be the star of a hit Western TV show called “Bounty Law”. But after a failed incursion onto the big screen, Rick is now hustling for guest spots as villains on TV shows. 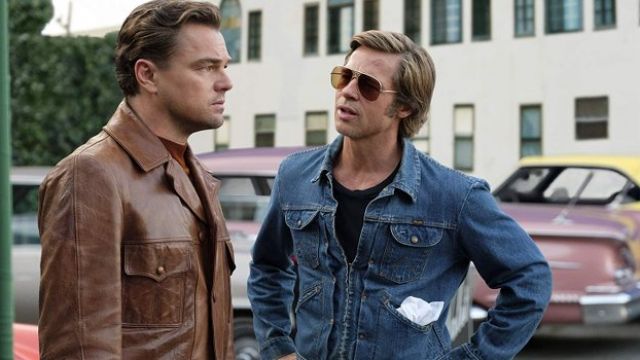 A producer played by Al Pacino tries to kick Rick out of his hand-to-mouth existence by suggesting he cross the pond to Italy to revitalize his career with spaghetti westerns. The end is creeping up on Rick and he knows it. We get this moment of pontification from Pacino (who basically becomes a familiar avatar for Tarantino) where he explains to Rick the nuances behind being beaten up every week on TV by an up and coming star.

The bulk of Tarantino’s film revolves around these two fictional characters and their escapades in a changing industry landscape. But there are familiar real-life characters like Bruce Lee (Mike Moh), who Cliff fights in an amusing but totally needless sequence. Damian Lewis shows up as Steve McQueen who plays his part in the central theme of teetering on the edges. The big fish, however, live right next door to Rick; the director-actor couple: Roman Polanski (Rafal Zawierucha) and Sharon Tate (Margot Robbie).

One of the downsides of seeing a film late is having to navigate the criticisms without context and entering a film with a mixed sense of wariness and judgment. I feel compelled to note that there’s nothing wrong with Moh’s portrayal of the Dragon himself though I understand the sentiments of his loved ones. The big one fracas centred on the portrayal of Tate, and how one witnesses Robbie’s stunningly disarming performance and comes out whining about line totals is beyond me.

Everything Tate in Tarantino’s screenplay oozes heart and perfection. And he is not infatuated with her like say a Jackie Brown. He canonises Tate; builds an altar to her and what she represented – the earnest promise of youth and an unrefined joy. Tarantino itches for the least excuse to centre her (and her feet sometimes). Consider the brash build-up to the scene where she’s dancing at Playboy mansion party and how it gives this Copa Cobana from Goodfellas vibe. There is also this surreal glee-filled car ride when Tate shows kindness to a hippie on the roadside.

The sledgehammer of emotions, where I melted like wax before Tarantino’s vision, comes when Tate talks her way into a cinema to watch herself in onscreen. It isn’t the biggest part but she bubbles with glee every time she appears for a gag or two to laughs from the audience. There is tenderness here that only a “failed” actor like Tarantino would understand, a longing for the days when it was all hopes and dreams.

In contrast, Rick seems to be withering away into in crisp of angst and woe. The closer to the edge he gets the more the world around him starts to remind him of his expiry; like the way he sees himself in the hero nearing his end in a book he reads on a set. That scene starts one of the best stretches of DiCaprio’s career. He’s uglied up (resembling a frazzled Jack Nicholson) as the villain on a TV show western, has a fantastic trailer meltdown because he fumbles his lines but still manages to ice the performance. This culminates in that meta moment from the ‘Hollywood’s’ trailer where Rick tears up after a child actor lauds his acting as the best she’s ever seen.

Tarantino greatly elevates the standard of the TV show westerns in his film to an engrossing piece of storytelling the Coen Brothers could possibly conceive. In real life, I imagine they were quite trashy but that doesn’t dim our director’s loving awe for them. It’s like the way some of us look back fondly on the experience of ‘Journey to the West’ a Chinese martial arts fantasy show centred on the fabled Monkey King. Two decades on some of us still swear by the show although revisiting it may be borderline torture.

It’s all a dream. It’s Tarantino’s dream and we are blessed to partake in and appreciate it, even if the unfamiliarity gets a little tedious. The master auteur is eager to take us around this meshing of reverie and memory which is why we just chill with a scene of Cliff driving Rick around the annoyingly vivid recreation of Los Angeles which is given such life by cinematographer Robert Richardson. The music prods at you, the murals are waving frantically and general production design screams “give me that Oscar!”

Pitt’s character ushers us towards the darkest parts of this dream. I was mulling over the best way to describe Cliff and for some reason, J.J. Rawlings, the effortlessly charismatic but flawed and quietly vicious dictator who ruled Ghana for 20 years, popped up. The charm and the terror go hand for him. There is another GOAT stretch, almost simultaneous with Leo’s, which starts with Cliff giving a lift to a hippie heading to Charles Manson’s infamous Spahn Ranch. The tension ramps up to 11 real quick as an intense palpable dread, which rivals the opening of ‘Inglorious Basterds’, takes hold. 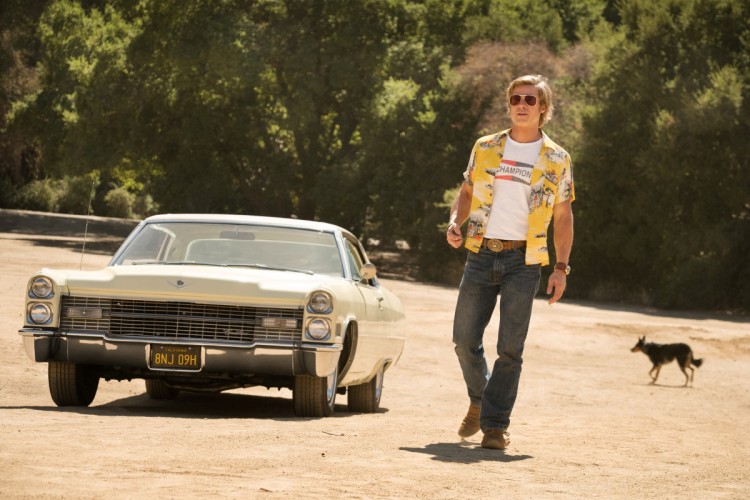 A more familiar version of Tarantino surfaces; the one that pats himself on the back and winks at his past work (that close-up of Maya Hawke). Like Schultz at the end of ‘Django Unchained’, he can’t resist – and I loved every bit of it. There is an eruption of ultra-violence that, owing to the radical shift in tone, comes off as the most shocking in a Tarantino movie. It’s like the film falls into drug trip, to put it slyly.

Everything comes to earth in haunting fashion as the film winds down. It’s the realisation from Tarantino that he’s about to wake up and my heart ached for him. The final shot sees us ascending away as the characters go about their lives below, evoking this dollhouse quality that runs through the film. It had me thinking that ‘Hollywood’ is as much a product of Tarantino’s childlike wonder as much as his mature sensibilities.