Been a while since I actually sat down to do an end of year list for the blog. I always worry that I don’t see enough films anymore. I long for the days of uni when I was taking my pick of films curated from all over the world; when my film of the year would be a pleasantly surprising American indie or an Iranian vampire pastiche.

Nonetheless, there are always works of art that hit you in the right spot leaving an indelible impression; some because they showcased mindblowing ambition and others that subverted expectations in a powerful way. Then, of course, there were some films that were right down my cinematic alley.

My honorable mentions for the year included Black Panther, BlackkKlansman, Hereditary, Leave No Trace and The Square. They may have made the cut in a year a I saw over 250 films, all things being equal.

Alas, I only went with five films, just to make sure my list was as honest as possible.

A Prayer Before Dawn

I expected a gritty Muay Thai infused prison movie. I got something incredibly spiritual and moving instead from director Jean-Stéphane Sauvaire, who recounts the true story of junkie boxer Billy Moore and his road to redemption.

As it turns out, prisons, even the harshest third world ones, actually do reform. ‘A Prayer Before Dawn’ is a tactile and beautifully rendered empathic tale that flies a proud humanist flag.

What’s the point of Sci-Fi if it isn’t probing at the boundaries of reality and possibility? Alex Garland understands this, which is why he crafts a dazzling creation story and a throbbing longing for lucidity in a world too dynamic to provide any. 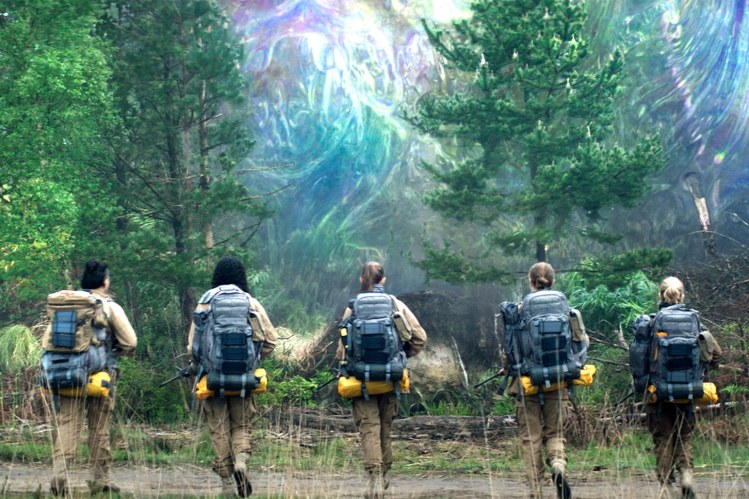 At the centre of ‘Annihilation’ is the mysterious “Shimmer”, which is tested by a variety of characters. Some find beauty. Some find horrors. Some find that the trek for clarity begets more questions. For others, like the audience; we find a blend of everything.

‘Annihilation’ is brilliant because it demands the viewer bring something to it and invites multiple stimulating interpretations.

That Paul Schrader calls back to ‘Taxi Driver’ with the way he milks angst and conveys solitude via Ethan Hawke’s performance is the first mournful beat that had me swaying to this quietly explosive tune.

But ‘First Reformed’ is also incredibly urgent with the questions it asks of Christianity’s role as the earth withers away at an alarming rate. Schrader uses the most carnal of matters to explore true spirituality as our protagonist’s staunch belief in God seems to push him ever closer to damnation.

Another film that subverted expectations. No, we didn’t get ‘Heat’. Yes, it was foolish of us to expect something Michael Mann-esque from a man like Steve McQueen.

But our director still demonstrates an understanding of the caper genre he is working within allowing him to turn each trope on its head in favour of purely character-building moments. There is also an impressive socio-political layer to ‘Widows’ which his handled with tremendous dexterity.

You Were Never Really Here

Probably my favorite film of 2018. My first venture into the artistic energy and brilliance of Lynne Ramsey has me wondering what took so long for me to be initiated. A crime story about an ex-soldier turned hitman did the trick.

If a film like ‘Leave No Trace’ handles a man’s history of violence with so much sensitivity and subtlety, ‘You Were Never Really Here’ has this restlessness and frenzy about it as harrowing memories blare in our protagonist’s head like the siren of a firetruck cursed to serve a city built on fiery flames.

Joaquin Phoenix leads this film with muted performance as a man who was walked hand in hand with dread since he was a babe. Ramsey’s attempt to document what violence does to the soul is a stylish and fixating as anything I’ve seen since Ryan Gosling put on a blazer emblazoned with a scorpion.