Ghanaian cinema has made strides over the last 7 or so years since I got out of boarding school and these strides have largely been made in the right direction which is great. The caveat here is I’m mostly referring to the top tier of Ghanaian films which consists of theatrical and high profile direct-to-video releases with some level of ambition – think Grey Dawn or Silver Rain. We move down to the second tier which has mostly the direct-to-video exploitation fare I don’t really mess with and then we have Kumawood and Lord knows I don’t know where to place them because they make films but would be better served producing sketch shows for TV but that’s a conversation for another day.

To be honest assessing films for this tier system is like defining porn, I just kind of know when I see it so an explanation of classification parameters will be vain but the point I want to get my gripe on for today concerns how “Ghanaian” our films are and just like porn, I kind of also know one when I see one. An attempt to explain what a “Ghanaian” film is, however, won’t be as futile as my tier system and I talked about not knowing where to place Kumawood in my tier system but that section of Ghanaian cinema probably mostly serves up the Ghana most of us live and relate to and that can be attributed to their films targeting the common man. Kumawood directors like to employ quasi satire and parody in that storytelling that riffs of everyday Ghana – think The Evangelist or Atta Mortuary Man. The problem here is Kumawood is quite unfocused and wanting for quality so I am not comfy having them fly the flag for the quintessential GH experience in cinema. That’s something I would like to see the top tier of Ghanaian cinema do; take a crack at selling an authentic Ghanaian experience with some consistency.

Directors are storytellers. They work around characters and play with ideas to create new worlds, almost like gods in their own right, in hope 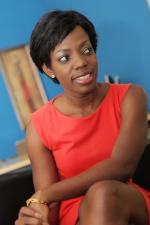 s of serving unique experiences to audiences who immerse themselves in whatever conceit the woman/man behind the camera dishes out. The tag of being a Ghanaian director should come with some level of Ghanaian essence driving any form of vision but at the moment I couldn’t tell you what themes and ethos inform the vision of some of our alpha directors. I could speak to Shirley Frimpong-Manso who likes to dabble in themes of love, family and relationships to interesting effect but nothing that screams that Ghana to me unless she is working with a screenplay that ventures into such territory (like Potomanto) but mind you, it’s no crime. She still makes good stuff. Shirley takes some flak for leaning towards the posh side of Ghana which is stems from some folk not being able to identify with her projection of Ghana and too bad for them although there was a CERTAIN secretary in The Devil in the Detail – just saying.

Juliet Asante came out with her debut feature, Silver Rain, earlier this year and for a while she gets down and dirty to give us the novelty of an entrée into the life and politics of the Kayaye. Those assured moments of realism reference the Ghana the average urbanite walks through on a daily basis and that’s the kind of stuff some sections feel describes Ghana the third world. There is obviously some nuance to measuring how much Ghana a film projects considering the differing perspectives in play so it then becomes a question of what the unique representations of Ghana are. Martin Scorsese likes to infuse his films with the aura of the crime world and he also dabbles in some ideas surrounding Catholicism – unique and direct by-products of his Little Italy upbringing. Individuals from similar situations will identify with his stories and themes like, say, Roger Ebert did and what these unique projections do is ground works of fiction in a reality sections of an audience can lay claim to and that’s a feeling I got and enjoyed from Silver Rain as a Ghanaian film. It’s a feeling I, unfortunately, don’t get a lot during screenings of Ghanaian films and that kind of raises eyebrows seeing as I have spent a chunk of my life in this country. 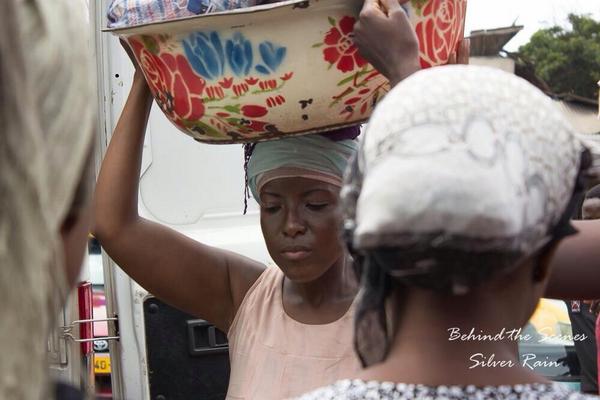 I strongly feel the Ghana in our filmmakers should filter through their works more often. Filmmakers are almost too functional going through the motions with absolutely no interest in the world around their characters. The races and settings of film could change but the overall tone of the film wont because of the absence of a directorial oomph brought on by a reluctance to channel that inner Ghana be it the posh urban Ghana or the slums with Kayaye. I use the word “reluctance” advisedly but I do sometimes feel there is a deliberate move away from infusing a more Ghanaian feel to a film for reasons I won’t go into. The onus is on the directors as auteurs to impress themselves on a production giving it a home and assurance that audiences can pick upon. Of course the direction is but one dimension (albeit the most important) with the screenplays also proving pivotal to this point. I go through a lot of short story blogs by and there are a lot of impressively intriguing Ghanaian tales envisioned by plethora of young writers which are ripe for adaptation or hell, maybe some of these authors could take a crack at a screenplay.

I can gripe all I want but directors are not obliged to infuse “Ghana” into their films despite the nationality of their passports and they can go on whatever creative tangents they wish but only they can give us the best of Ghana as things stand and it may not look like it but audiences are waiting for THAT film expertly lays out things we live and can connect to – crime, corruption, religion as opium, politics, neo-colonialism, poverty and sexism – it hasn’t come yet. I love the crime genre and I will cry tears of joy when I finally see an extraordinary third world-Ghana crime flick in theatres (think Gangs of Wasseypur or City of God) however I must say over the past few years the attempts at female-driven scripts have shown promise and you know they hit the target because exploring women in Ghana will have significant tie ins with the ingrained sexism.

Pascal Amanfo’s If Tomorrow Never Comes accomplishes quite impressive world building with the harshness of a society rigged against females and that, again, is very much Ghana. One of the few releases left this year that truly excites me is the Zissou Pictures film, The Cursed Ones, directed by Nana Obiri Yeboah. 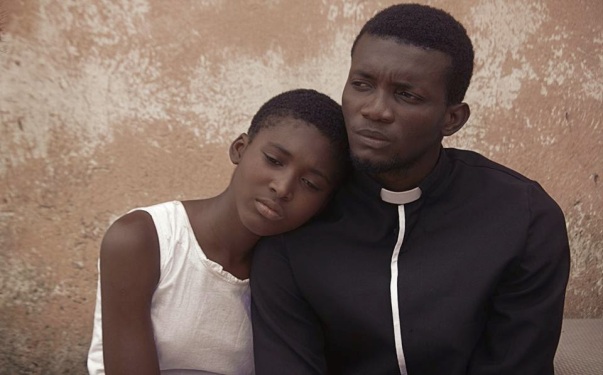 The Cursed Ones film will center on the culture of children and witchcraft accusations in (rural) Ghana and this will undoubtedly tie in with religion and that film, once again, has very much the feel of Ghana. I just want more of that.

One thought on “LOOKING FOR GHANA IN GHANAIAN CINEMA”