In this week’s film cap I muse a little over the apparent abortion that was the Fantastic Four reboot – at least that is what peeps are making it out to be. I look ahead to Quentin Tarantino’s Hateful Eight and Martin Scorsese’s next collaboration with Leonardo “the academy always screws me over” DiCaprio and there’s the small matter of stroking nerd boners with some Batman Vs Superman news. As always though I try to start with some news from the home land.

In my crime report on my GH crime blog this week, I feature a story that narrows in on the harrowing sexism of witchcraft accusation. This theme runs through an upcoming feature film called The Cursed Ones helmed by Nana Obiri Yeboah. This film starring Oris Erhuero, Ama Abebrese, Jimmy Jean-Louis and Ophelia Dzidzornu among others tells the story of a disillusioned reporter and a reformed Pastor’s attempt to save a child accused of witchcraft. We once again have a story anchored in the realism and centred on Ghanaian female condition and I have a great deal of optimism for this feature. It truly may end up one of my films of the year. I am particularly intrigued by the presence of young Ophelia Dzidzornu. She has limited screen time in Pascal Amanfo’s If Tomorrow Never Comes but really leaves an impression and with more of a central role here she may serve us a terrific break out performance.

I have reasonable faith in the cast with the likes of Ama K Abrebrese and Jimmy Jean-Louis capable of strong performances but the film’s incisiveness will hinge on Maximilian Claussen’s screenplay along with Yeboah’s ability to project some form of compelling vision. The Cursed Ones is currently undergoing post work and is looking to hit the festival circuit sometime later this year. 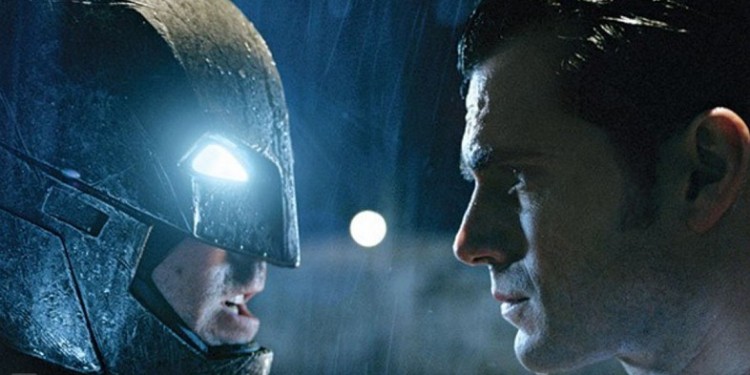 Jumping into the geeky side of things, Den of Geek this week reported a near finished version of the mammoth Batman Vs Superman was recently for Warner Brother’s executives and the film’s crew. The said screening was immensely well received even earning a standing ovation from the audience of the day. Affleck was hailed as the “definitive Batman” by some and good on them for going with him in the first place. Even fans who pissed on Affleck’s initial casting are calling him the second coming so I have no doubt in Batfleck’s abilities however its Zach Snyder I have difficulty buying into and everyone is losing heads over the stunning visuals and symbolism but I actually want to hear something definitive about his vision and execution to allay my fears of a Watchmen type scenario.

BvS will make a ton of money, no doubt, but I feel it is immensely important this film sets the tone for audience (and fan) optimism in the overall vision of the Justice League films and DC comics’ cinematic universe. I like the noise coming from David Ayer’s Suicide Squad and the absence of a PG 13 rating hints at a commendable limited compromise in tone which feels me with glee and Ayer’s film will be something to behold. On the low the Suicide Squad trailer was actually more promising than BvS so lack of fanfare on the release day did puzzle me a little but all in all I can wait for next year.

Now the great Martin Scorsese is already past 70 so any more films from him are a gift from the good Lord to the human race. His last film (The Wolf of Wall Street) was fire and as it happens news on another collaboration with Leonardo DiCaprio made rounds this week. After portraying the byzantinely lavish and corrupt stockbroker, Jordan Belfort, DiCaprio will be reuniting with Scorsese to play one of America’s and Chicago’s most prolific serial killers, H. H. Holmes, in an adaptation of Devil in the White City (:Murder, Magic and Madness) and given the previous collaborations between these two, we have every reason to believe this film scripted by Billy Ray will be terrific. You have permission to turn up expectations to 11.

The Devil in the White city depicts H. H. Holmes who murdered between 27 and 200 people as Chicago hosted the World’s Fair of 1893. Holmes was depicted as a remorseless killer and villain so chances are this incarnation of DiCaprio will be one new to fans. Holmes was believed to be an alluring presence that wooed victims to their death so we could see some of his trademark charm filter through whatever performance but the prospect of a dark Dicaprio we may have to root against does intrigue me. In the meantime we have some more immediate DiCaprio fare to look forward to with Alejandro Gonzalez Innaritu’s The Revenant coming up on Christmas Day – another film you have permission to turn expectations up for.

I am currently debating whether I will take a trip to the theatre to see the Fantastic Four reboot but I sure would pay money for a scoop on the behind-the-scenes production process. Following Fantastic Four‘s release and the unfortunate thumbs down from critics and audiences a plethora of sources have begun to come forward offering insight into the somewhat turbulent making of this film.

Some reports have said Fox agreed to make a certain version of the movie with director Josh Trank, and then days before production told him that he could no longer include the three main action sequences. The studio continued to interfere throughout the production, and after the principal shoot was complete Trank was apparently fired and wasn’t at all involved in the editing of his film.

The early rumours of trouble coming from the film’s set however indicated that Trank’s behaviour was unreasonably aggressive on set and off the set with an anonymous source claiming Trank had caused a great deal of damage to the house he was staying at in Baton Rouge. This week the Hollywood Reporter gathered some reports from a number of inside sources from and Fantastic Four crew members that reinforce the sour rep Trank was getting.

The rumours about Trank inflicting damage on the production house were very true apparently. The director allegedly caused more than $100,000 worth of damage and after the landlord attempted to evict him, Trank went on to defaced photos of the landlord’s family that were in the house – petty, I know. The landlord then filed a complaint with local law enforcement and filed a civil suit, the contents of which have been sealed. Trank has declined to comment on the allegations.

On the set of Fantastic Four, one crew member described Trank as being withdrawn and said that he built a black tent around his monitor in order to cut himself off from everybody. However when it came to directing the lead actors (Miles Teller, Kate Mara, Michael B. Jordan and Jamie Bell) one source said that Trank was a little bit too hands-on: “During takes, he would be telling when to blink and when to breathe… He kept pushing them to make the performance as flat as possible.”

Another source offered an explanation for why Fox told Trank to do away with the expensive action sequences and allegedly slashed his budget by a chunk. Fox had doubts about Trank from the start and the idea of firing him was suggested even before production started but he was living of the success of Chronicle.  As filming neared an end the studio and producers engaged a last-minute scramble to come up with an ending. Some of the cast were not even fully available at that point so a lot of material was shot with doubles. It was chaos,’ says a crew member, adding that Trank was present but neutralized by a committee as the studio pulled together rescue the film.

I may end up seeing this film against my better judgement but if I do I’m assuming the end product will resemble a combo of Trank’s vision and the duct tape Fox’s used on it. Trank of course doesn’t come out looking good and as much as I like to blame the studios, Trank deserves a spanking. Fox hasn’t officially cancelled the sequel but come on, this was a disaster on every level. I feel for the talent in play here and I wonder why this picture wasn’t given some more time to really nail a story and tone and to be honest I feel like the studio just didn’t care anymore and fed trash to fans to get this nasty plate off their table whilst also fulfilling certain petty rights requirements. Is it time for the Fantastic Four to make its way back to Marvel? Probably but if a creative director is going to be stifled then whats the damn point. This cannot be the last we see of these iconic characters although questions of how dated they are have arisen but Sony are most likely done with them despite the empty sequel talk.

Let’s end with some more cheerful stuff: The first teaser trailer for Quentin Tarantino’s upcoming Western, The Hateful Eight, hit the web this week and I mess with it. Tarantino’s eighth film is set “six or eight or 12 years after the Civil War” and follows bounty hunter John “the Hangman” Ruth (Kurt Russell) and his fugitive Daisy (Jennifer Jason Leigh) as a brutal Wyoming storm forces their stagecoach of road.

The duo is joined by a union-soldier-turned-bounty-hunter Major Marquis Warren (Samuel L. Jackson) and Chris Mannix, a Southern renegade (Walton Goggins). The group take refuge among four fellow dwellers: Minnie’s temporary caretaker Bob (Demián Bichir), Red Rock hangman Oswaldo (Tim Roth), cow-puncher Joe (Michael Madsen) and Confederate General Sanford Smithers (Bruce Dern). By way of stakes we come to learn “one of them fellas is not what he says he is”.

The trailer hints at vintage Tarantino with the wonderful wide screen capturing the impressive period landscape, the sassy dialogue and the trademark eruptions of violence. The Hateful Eight is also scored by composer Ennio Morricone – best known for his work on the little known Western, The Good, the Bad and the Ugly. Bring on December I say.

Give the blog a follow mate and check out my reviews with Ant-Man and Rogue Nation featuring from this week.