It’s that time of the year when peeps look back and assess the good, bad and ugly of cinema in 2013. This is the first time I’m offering up an end of the year film lists and I have seen some very good films from far and wide. I didn’t count but I’m pretty sure I saw a record number of films this year even excluding second viewings. There are still a number of films I would have liked to have seen before coming out with this list like The Dallas Buyers’ Club and Snowpiercer which I was especially keen on but it is what it is. Now on to my top picks.

First up for me is Alfonso Cuaron’s Gravity. I was originally going to go with a top five but I just had to squeeze this one in, thunder strike me if I had ignored the brilliance on play here. Tagged as being the first classic 3d film, it took me a while to see Gravity because the whole concept underlying the film didn’t seem that enticing despite the hype. When I did see it though, I was in genuine awe and that’s something considering I saw it on my laptop and not the big screen and its major strengths are its humbling visuals. Sandra Bullock is brilliant here as an astronaut trying to survive in the hopelessness of space and all in all, after seeing this film, I genuinely felt I had seen something different, something new and something that would inform space film making for years to come. If I was a half a decent human being this would have come in first. Every other film in the Oscar race is tagged as the film that would lose to gravity on the day but yeah, it still comes in sixth for me. 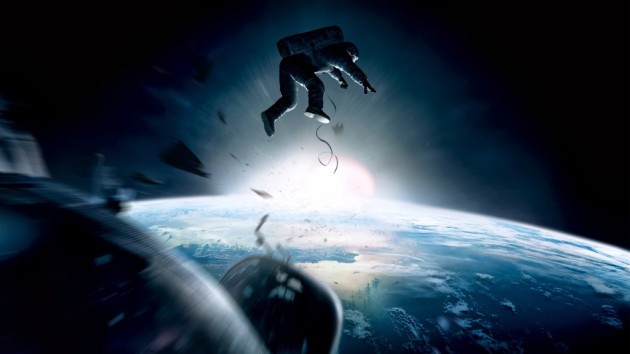 Next up is The Place Beyond the Pines which was very good when I first saw it and even better when I saw it again recently. This three tiered drama, starring lady heart throbs, Brad Cooper and Ryan Gosling among others progresses from a crime drama to something with more deceptive depth. I loved the fact that the film had fathers at its heart and that scene early on in the chapel for me manages to elevate fatherhood to the most one of the most sacrosanct things on earth. It is on some levels a discourse on the moral compromises we all make to protect and provide for ourselves and our loved ones. Ambition was the word synonymous with director Derek Cianfrance’s Film when it came out and the tragic Greek undertones executed somewhat well proved that.

For my fourth fav film, I went with Prisoners, the utterly harrowing and on some levels inherently depressing tale of a fathers search for his kidnapped daughter. Because of Gyllenhall’s presence in this film, I found myself comparing it to Zodiac but this film tugs at my emotions like never before. My insides were heavy as I watched Hugh Jackman venture further and further into the abyss as he tempers with the unthinkable in search for his daughter. The tone is as dire as the on screen winter and I can only imagine the hell parents went through watching this movie. A truly emotionally devastating film this one.

Third up is Ron Howard’s Rush.  Set against what is perceived as the golden age of Formula 1 racing in the 1970s, the film is based on the true story of a great sporting rivalry between the dashing playboy James Hunt (Chris Hemsworth), and his brilliant nemesis, Austrian driver Niki Lauda (Daniel Bruhl) aka The Rat. Their rivalry mirrored that of Larry Bird and Magic Johnson in the NBA and like that one I found myself rooting for the more serious of the two in Lauda. Its overall a great story and a compelling drama even for those like me with no interest in Formula 1.There is also the added bonus of one of the most amusing  lines of the year, “sex, the breakfast of champions”. 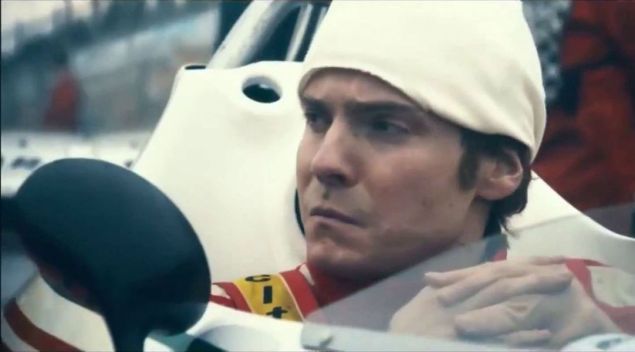 In second place, I have Captain Phillips. Now I’m not going to rave on about Barkhad Abdi’s performance like everyone because I didn’t think it was all that and he certainly didn’t upstage Tom Hanks like some people say but he does hold his own and I did find his languid intensity intriguing.However the best thing on show here for me was Paul Greengrass’ direction, from the positively disorienting shaky cam to the patient execution of the final third. The story also carries with it some subtle political depth buried in it which tries to put some things in perspective. The tension is always on a knife edge and the thrills are enough to satisfy even those who know the story inside out. This film was in with a close shout for first place

My numero Uno however goes to the coming of age comedy drama, The Kings of Summer. I adore my comedies and with exception of crime dramas, they will always take precedence over every other genre. This movie went largely under the radar even out west, but not my radar. I saw it and loved it. The film sees two young friends run away in attempts to shake of their differing shackles that are their parents. The film shifts gears seamlessly between riotous humour and more sombre dramatic moments. On some levels, my reasons for loving this film are also personal. I see bits of all their parents in mine whether it’s them pushing too much or them being a tad too intrusive. The best and most certainly the funniest bits come from Biaggio, the quirky third wheel who runs off with them, he is hilariously funny here and an absolute scene stealer. 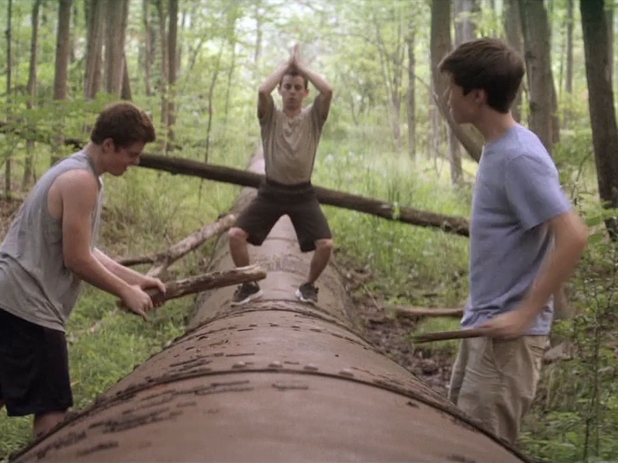 It’s always seems mandatory to throw in some “honorable mentions”  when doing this kind of thing but I’ll pass on that this time. It was a great year for film and hopefully the new year lives up to expectaions (I’m looking at you Interstellar).  One of my personal resolutions for this year was to see more Ghanaian films but then I saw the appalling House of Gold get a best picture nod at the GMA’s so maybe not. I’m looking forward to the good, the bad and the ugly of film in 2014 so bring it on. Great new year to you all.